Due to the variety of pharmaceutical compounds, water molecules can be incorporated into the crystal lattice in several ways.

Hydrates can be divided into three maim classes.

On the basis of the hydrate-dehydrate mechanism or moisture sorption-desorption behaviour, hydrates can also be divided into two main categories – stoichiometric and non-stoichiometric hydrates.

Knowledge about the absorption of water vapor and the influence of moisture on the physical and chemical properties of drug stability is a key issue in the development of medical products to minimise or avoid problems during the production, formulation or storage of the drugs. At Polpharma, we guarantee you Experts in above mention areas. 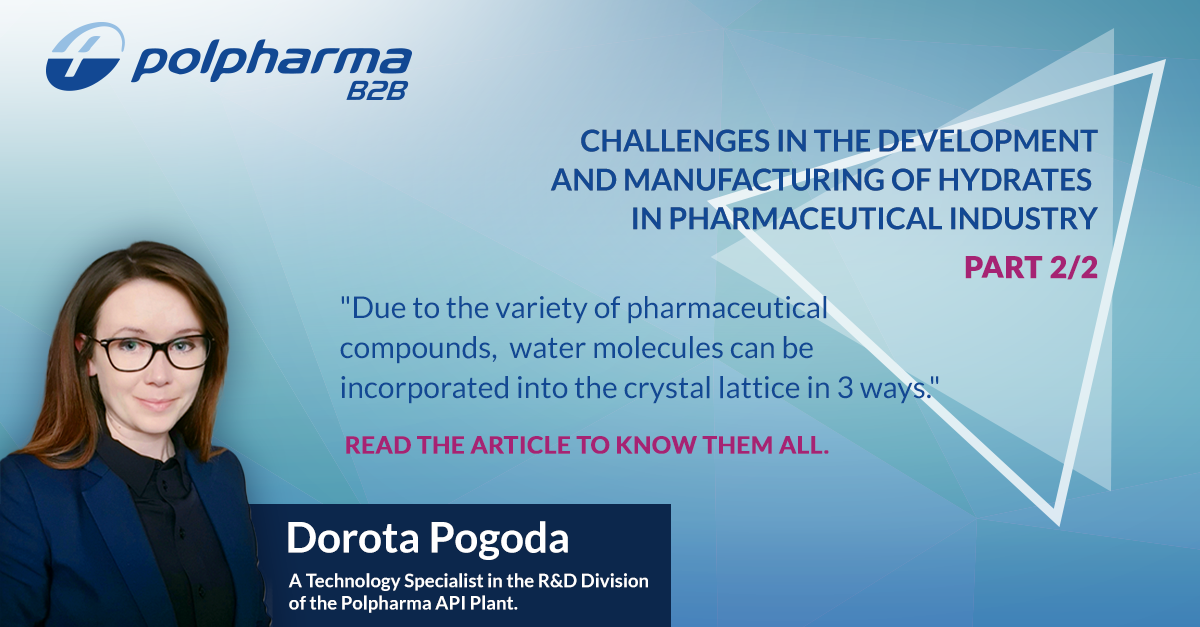